nice ... but not naughty

It seems to me that the humble blackcurrant, once a favourite in cottage gardens everywhere, has been overshadowed by the more sophisticated blueberry with its superfood tag.
This is a shame, as the blackcurrant is easy to grow ( blueberries need acid soil, whereas the accommodating blackcurrant is not fussy), has numerous health benefits more than equal to those of the blueberry and has, I think, a cleaner, fresher taste. This is the second full year for the blackcurrant bush on our allotment and the first proper harvest.
Rummage through the bush to find the little glossy fruits and you will be rewarded not only by a delicious harvest, but also by the unmistakable smell given off by the leaves - a pungent,woody, green smell which means summer has arrived!

The little berries are mouth puckeringly sour eaten raw and their powerful flavour does need heat, sugar and often dairy to soften them.
The heat wave we are having at the moment made me think something ice cold and refreshing was what was needed!
And always on the look-out for desserts that are delicious, but not calorie laden, I decided to make blackcurrant frozen yoghurt.
I adapted a recipe that came with my Magimix ice cream maker, but used natural yoghurt instead of cream.

The recipe called for:
500g blackcurrants
150g sugar
600ml whipping or double cream ( or in my case - yoghurt)
Put the washed and trimmed fruit in a saucepan with the sugar and 3 or 4 tablespoons of water.
Cook over a low heat until soft.
Puree then sieve. 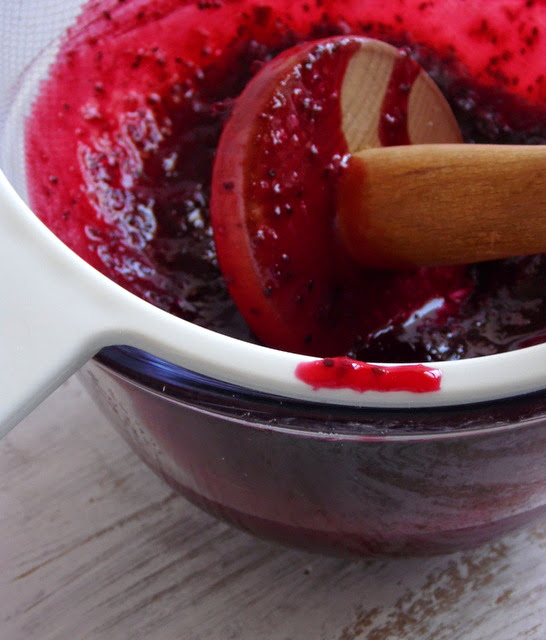 Leave to cool, then add cream or yoghurt.

Don't worry if you don't have an ice cream maker. When I got mine out from the back of the cupboard a few weeks ago, I discovered that the non stick lining was peeling off, so I poured the mixture into a shallow, rectangular plastic box  instead and placed in the freezer, removing it a couple of times when partly frozen to beat with an electric whisk.
It seemed to work just as well.

The result was a cross between ice-cream and sorbet. It was very refreshing - some might say sharp and mr digandweed was in favour of smothering it with cream
but I liked the tart, palate cleansing taste. 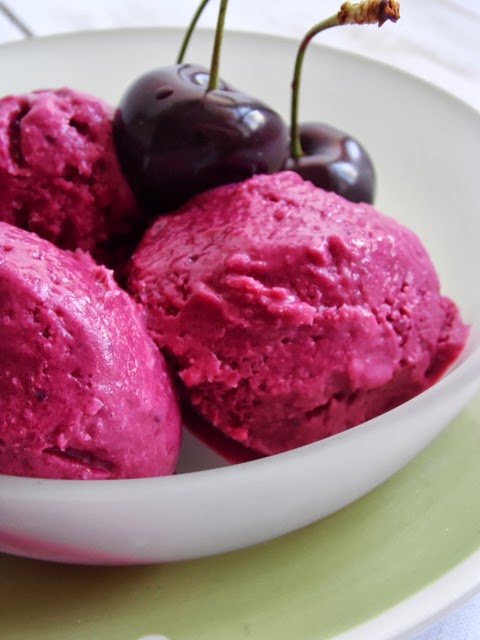